Unless you have been living under a rock, you must be knowing about Facebook’s biggest breaking news.

Yes, we are referring to the iconic rebranding of Facebook Inc. to Meta Platform in an attempt to create an immersive experience for social media users.

To give you a quick recap, Meta was formed to club all its apps under one name and introduce AR/VR capabilities, moving away from the traditional 2D engagement to something more evolutionary.

If you have been using Facebook religiously over the past few years, you must have seen its comprehensive offerings like Groups, Messenger, Pages, Market Place, Games, Watch, Community, Fundraisers, and whatnot.

After the massive hit of Reels on Instagram, Facebook has also launched Reels for its U.S. audience, which is thought of as an integral step towards improving organic reach.

Facebook has also unveiled new regulations and services to assist businesses, brands, and influencers in monetizing their content.

We have listed 60+ Facebook statistics, so you create a perfect Facebook marketing strategy for 2022. You can also use Facebook publishing tools to stay consistent with your plans.

Facebook statistics prove that the platform is still the top player when it comes to demographics, with an extensive user base of 2.91 monthly active users. India continues to rank first in terms of Facebook audience size, followed by the U.S., Indonesia, and Brazil.

As per Statista reports, females in the age group of 25 and 34 form 12.5% of total active Facebook users globally, while men between the ages of 25 and 34 constitute the largest demographic group on the social media network.

Check out more Facebook stats on demographics from here. 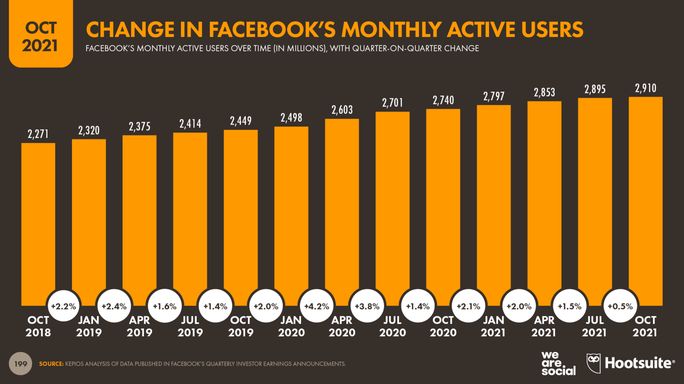 More than a billion Facebook users log in to the platform every single day with 400 people signing up each minute. Facebook groups continue to grow with more admins and moderators joining the platform.

Have a look at more of such Facebook statistics from here.

Each interaction on any of your posts or comments in your ads, groups, or pages is referred to as Facebook engagement. This also includes reactions, shares, and clicks.

Facebook keeps track of engagement on individual posts as well as for your entire group and page.

This year, Facebook engagement statistics revealed the love for videos by Facebook users with more than 4 billion video views each day. Around 57% of businesses also feel that Facebook stories have been pivotal in the promotion of their products.

So make sure to add videos and stories this year to get the best out of the Facebook reach and garner more engagement.

Here are more Facebook stats so you can come up with better engagement strategies for your Facebook audience.

Businesses are beginning to realize the importance of the platform in engaging with customers. Be it via Messenger bots or ads, marketers from varied industries continue to use Facebook as their promotional channel.

Facebook ads are crucial for lead generation as more than 2 billion people can be reached out via Facebook advertising. Also, using CTA buttons and video ads can bring you phenomenal reach.

You can also measure offline conversions on Facebook to see how effective your advertising is at driving offline sales. Employ this tracking data to create custom audiences who interact with your business offline so that you can better target them with future adverts.

No matter how good your Facebook pages are performing, there’s always scope for improvement. That’s why we recommend you check out the content strategies of top brands on Facebook that won them millions of followers.

Tweak your marketing strategies and continue experimenting with growing your following on Facebook.

Here are the Facebook statistics on top brands with the most likes.

Since Facebook initially entered the marketing world, a lot has changed. Facebook’s features are designed for businesses that want to build genuine relationships with their customers.

It enables marketers to develop and distribute high-quality, user-friendly content. It also helps sales representatives to engage with customers interested in their brand.

These Facebook statistics are convincing enough that despite the dip in organic reach, marketers shouldn’t be abandoning the platform.

You need to show up and be consistent to entice the right audience at the right time.

And for that, our bet goes with SocialPilot.

From managing posting calendars, boosting posts, running leads to managing all conversations from its Social Inbox, you can also manage multiple accounts on Facebook and other 8 social media platforms with SocialPilot.

Go for its free 14-day trial to know more.

A good Facebook engagement rate is above 1%, while a decent rate ranges between 0.5-0.99%. To increase your engagement rate, continue posting regularly and consider running ads. You can also go for live videos and Facebook stories for noticeable improvement.

As per recent reports, the average reach of a Facebook Page's organic post is roughly 5.20%. About one out of every 19 fans views the page's non-promoted content. Increasing your ad budget and boosting posts are some of the simplest strategies to increase reach and direct sales.

As per Statista reports, females in the age group of 25 and 34 form 12.5% of total active Facebook users globally, while men between the ages of 25 and 34 constitute the largest demographic group on the social media network.

Yes, Facebook marketing is effective because you can access larger demographics across multiple industries. Running ads here is also affordable with setup flexibility and precise targeting capabilities. You can use CTA buttons and direct your customers to your website. 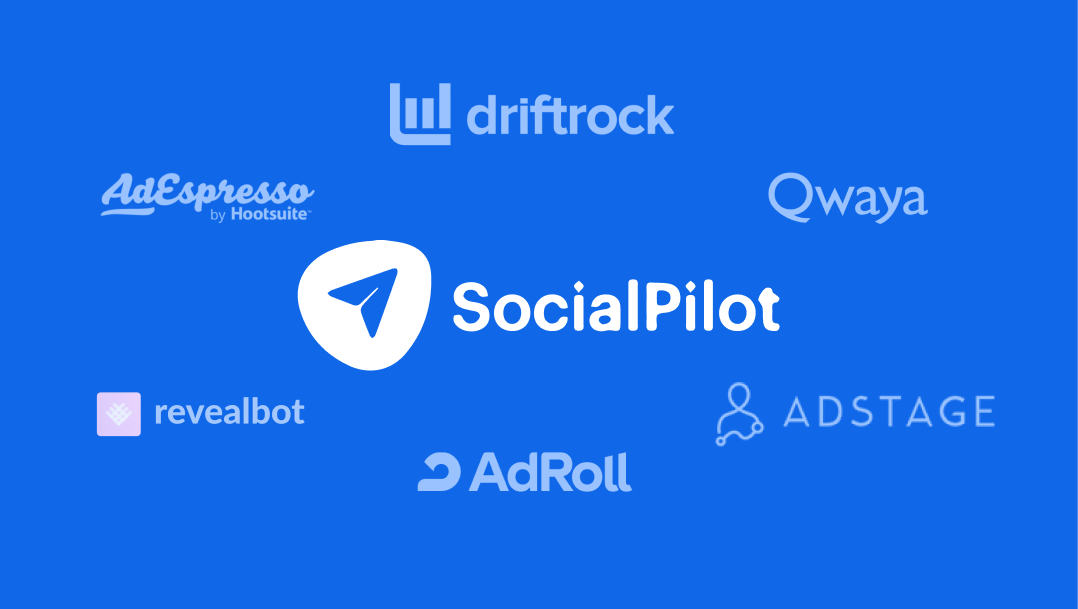 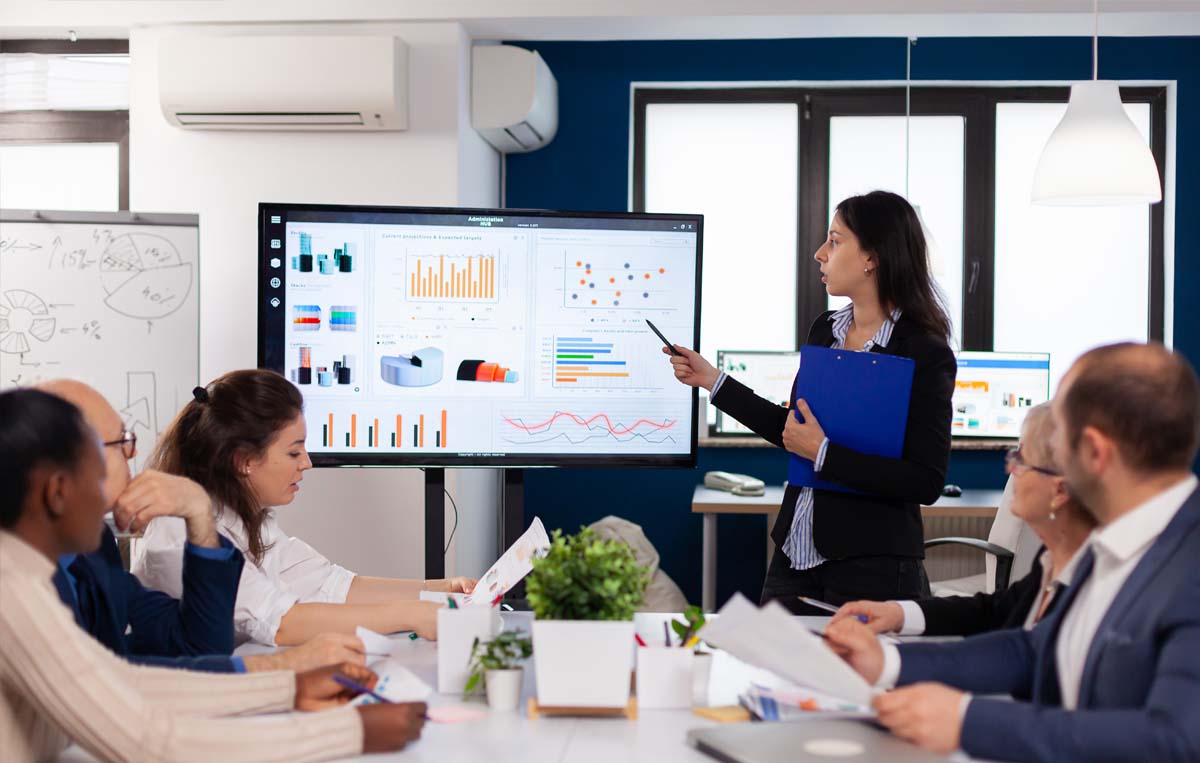 Learn All About Facebook Product Marketing to Expand Your Business 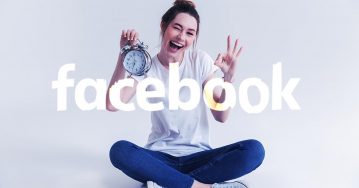