It was 2019, when Microsoft ran an integrated marketing campaign with Carlsberg.

And it was an instant hit.

Integrated marketing is essentially a message-focused approach that combines everything from print and digital advertisements, sales promotions to public relations and even social media outreach activities.

Marketing leaders are 1.5 times likely to go for Integrated Marketing.

The essence of Integrated Marketing campaign lies in the fact that despite the cross-platform variance in execution, the coherence of the message is retained all throughout.

In this blog, not only are we going to tell you what a perfect integrated marketing campaign should look like, but also provide relevant examples to illustrate the point further.

What more could a marketing enthusiast ask for?

So without further ado, let’s deep-dive into the world of integrated marketing.

What is an Integrated Marketing Campaign?

Aristotle had rightly said that the whole is more than the sum of its parts, especially when it’s done right.

This more or less describes the concept of integrated marketing.

Alas, the answer to the latter is tied to the former.

So we’ll begin by first trying to define Integrated Marketing.

Integrated marketing can be defined as a strategy for providing a cohesive, holistic brand narrative across all platforms where the brand chooses to advertise. Integrated marketing ensures brand consistency regardless of where buyers would want to connect with it.

Usually, integrated marketing involves one or a combination of the following:

Why Go for an Integrated Marketing Campaign?

You may believe that your marketing strategy is the world’s finest, but the fact is that almost everyone will dismiss it very soon to get on with their lives if they just encounter it once.

You must integrate your message and drive it home across several platforms if you want to create a longer-lasting effect.

An integrated marketing strategy that focuses on a key theme across all media is critical. This is why having cohesive messaging across all mediums is so important.

A business must target a variety of demographics across several channels to guarantee that a brand’s campaign is recognized and communicates to the right people in all the appropriate places.

Given below are some of the best examples of integrated marketing campaigns that you can learn from.

The challenge at hand was to boost Volkswagen vehicle sales in the US. Even 15 years after World War II, it was still hard for Volkswagen to sell German commodities in the US market, especially since the automobile itself was considerably smaller than what the target customers were already using. 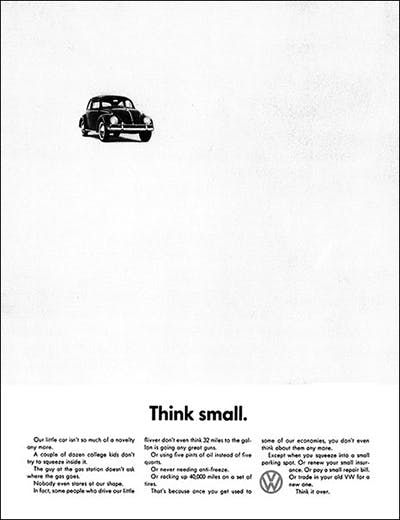 Rather than ignoring the major source of contention, the campaign accepted it and capitalized on the automobiles’ small size by encouraging its consumers to “Think Small” – the name for their campaign in 1959.

The campaign’s duration demonstrates its success since it appeared in prominent print publications and newspapers throughout the country.

After proving so effective in print, the concept was successfully adapted into TV advertisements, billboard campaigns, and even radio promotions.

2. The Truth is Hard by New York Times

The New York Times was in trouble with declining subscribers and diminishing confidence in the news. This well-known newspaper needed to find new strategies to gain universal trust.

That is when they devised the “The Truth Is Hard” campaign, one of the most effective integrated marketing campaigns, launched for the first time on 26th February 2017. 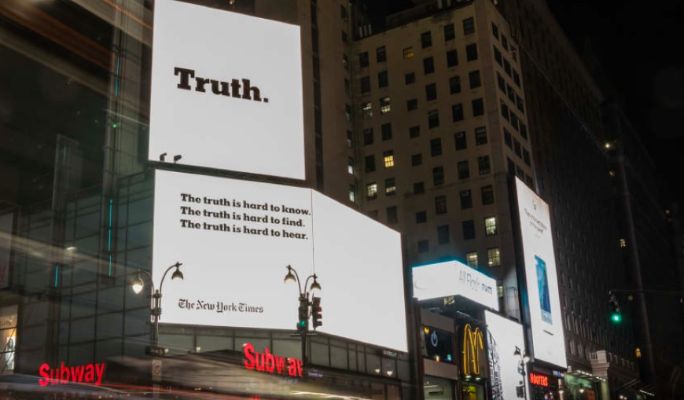 In 2018, The New York Times published a simple video demonstrating the clarity of news production in its office.

Viewers were engaged and challenged to make them consider what truth meant to them.

With the world grappling with widespread refugee crises and conflicts, the second phase of the campaign demonstrated what journalists must undergo to provide truthful news.

This content was distributed around the world after sponsored social media campaigns were launched.

As a result, subscriptions to the Times skyrocketed. Indeed, its subscription base rose by 100%, improving the public’s perception of the well-known newspaper.

The Super Bowl is where television ads come to dream big. In the year 2000, “Wasssup” had the opportunity to catch the imagination of legions of football enthusiasts. And it certainly did not squander its opportunity!

The commercial depicted buddies repeating this line over and over while sipping Budweiser and enjoying a football game.

The “Wasssup,” greeting made its way into the pop culture of the time, prompting spoofs and memes. The ad was imitated by media figures such as Katie Couric and Howard Stern.

Despite the fact that the internet was still in its early phase, the brand became a pioneer by directing viewers to the website.

4. This is Wells by Wells Fargo

Wells Fargo is a financial services behemoth and the third-largest bank in the world. Despite the fact that it had been plagued by claims of fraud, the firm looked towards integrated marketing as well as rebranding initiatives to regain the confidence of its stakeholders and consumers in 2017.

Wells Fargo used its integrated marketing platforms to create a well-optimized campaign to appeal to its target demographic.

Take, for instance, the playlists curated by Wells Fargo to promote and familiarize their customers with their financial services.

These videos were specially designed to not only establish Wells Fargo’s credentials as a reputed bank but also to dispense important financial information to its customers. 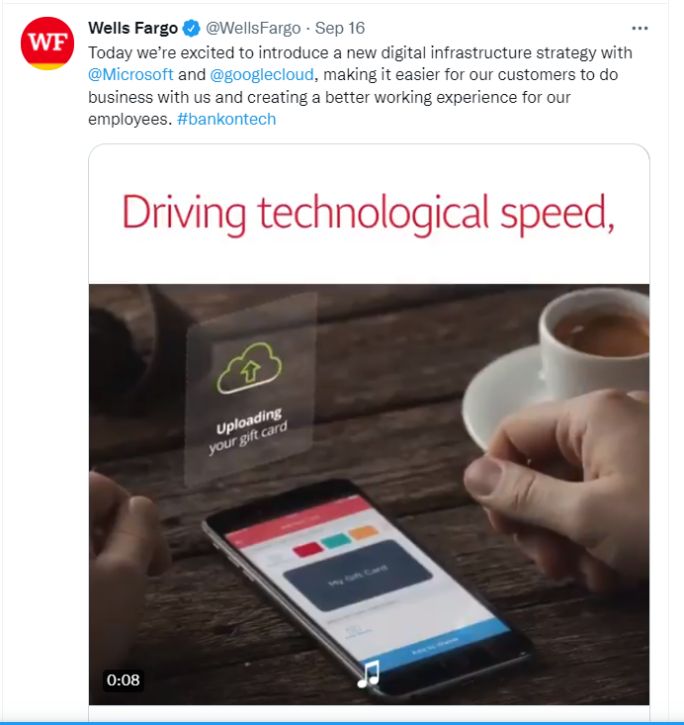 This series of commercials that debuted in 2006 featured humorous characters, each representing the two computer manufacturers (PC Vs. Apple). The goal was to persuade consumers to shift away from a PC, to a Mac, an upcoming competition. 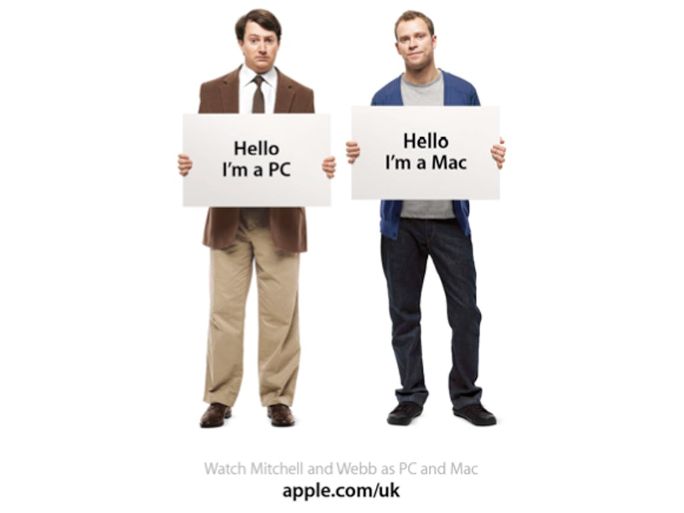 The advertisement format was comically aggressive, but also lighthearted and humorous. Furthermore, Apple portrayed itself as the good guy, always encouraging PC to relax a bit.

Nike live-streamed their marathon in under 2 hours as part of their marketing campaign for their new product – the Zoom Vaporfly Elite in 2017. It was aired live on Twitter and Facebook, as behind-the-scenes images were posted on Instagram.

They recruited three athletes – Zersenay Tadese, Eliud Kipchoge, and Lelisa Desisa – for the race, made it simple for fans to track with their hashtag #Breaking2, and even developed a unique Nike shoe emoji. 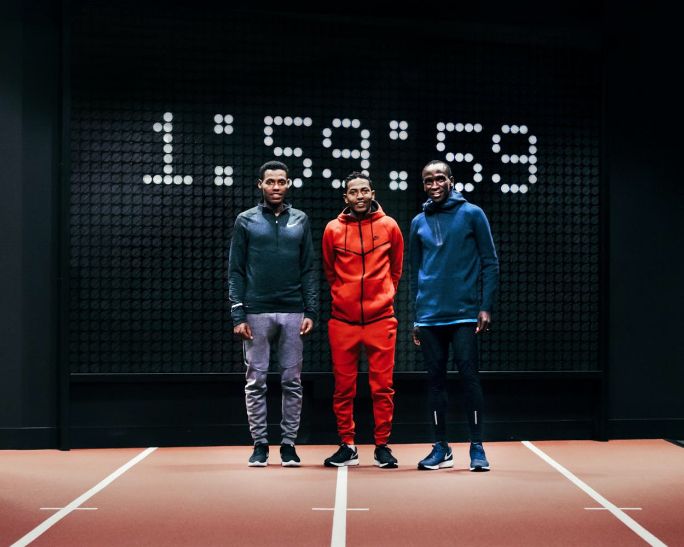 While sprinting is undeniably appealing to Nike’s core sports demographic, the campaign’s theme of unleashing a yet unachieved human potential resonated with a far larger audience. Countless were motivated by confronting the status quo, stretching human potential to its limits, and providing anybody with internet access a literal front row ticket to the thrilling race.

Southwest Airlines’ brand messaging has always talked about its low fares while delivering great customer value. However, that overarching brand message had become increasingly harder to maintain with the evolution of rival airlines competing.

To counter that, Southwest unveiled its new “Transfarency” campaign in 2015 to reiterate its traditional claim of being the greatest bargain in the sky.

The campaign communicates its value proposition across television, print, radio, and digital platforms.

This campaign was devised by Austin’s GSD&M advertising agency, where it even went on to create a special “minisite” for comparing the fares of Southwest Airlines as compared to those of its rivals.

In 2016, Heineken launched its inaugural “Go Places” campaign, with the goal of emphasizing the firm’s distinct culture and perspective to potential workers.

The initial marketing initiative invited people to participate in an engaging interview – a type where the participants could “choose their own adventure” with the outcome being their professional strengths.

After completing the interactive quiz, participants were handed over their findings and urged to use their LinkedIn profile for applying to jobs. 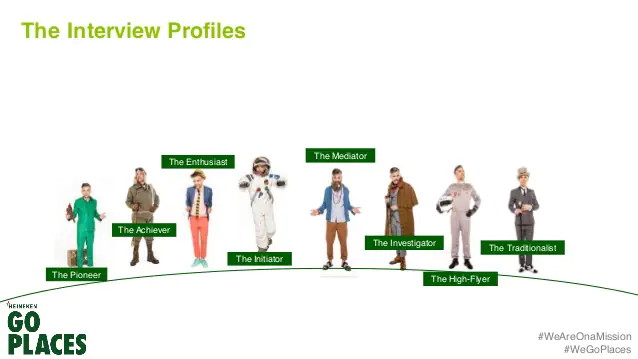 This diverse campaign released in 2013 included outdoor and digital applications, such as geo-specific mobile advertising, in addition to television and theatrical releases.

The O2 priority app is a marketing strategy in and of itself, allowing customers to purchase exclusive experiences and tickets before anybody else.

O2’s integrated marketing strategy is so brilliant that it not only attracts customers with its quirky nature but also provides them a bit extra in the shape of prioritization.

Waze used their data to create a sponsored marketing campaign in partnership with the New York Times in 2017.

The data revealed fascinating patterns about how we drive, what we drive, and where we drive. The business incorporated quiz functions to evaluate the reader’s knowledge of driving patterns, which makes this campaign even more interactive.

Brands may be both culturally as well as commercially significant, as demonstrated by the Field Museum’s integrated marketing approach that connected people with the world of art in order to promote their specialized exhibit attendance in 2018. 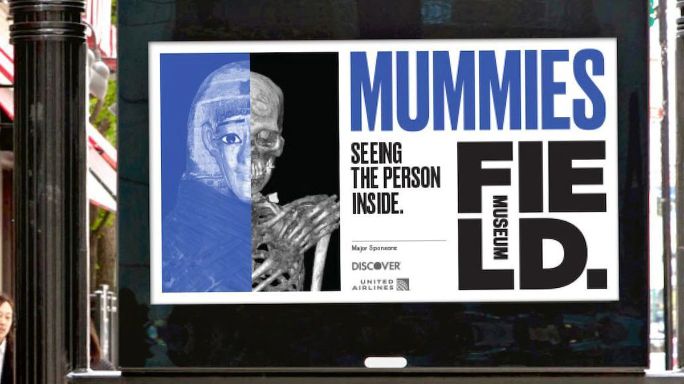 Furthermore, several videos were recorded of people interacting with the exhibits. All of this created a holistic marketing experience that made onlookers desirous of visiting the museum to satiate their cultural appetite.

12. House of Innovation by Nike

Nike produced a mixed-media artwork product that was displayed in the midst of their main store in New York City in 2019. The artwork depicts historic sporting incidents created by sports persons using Nike. 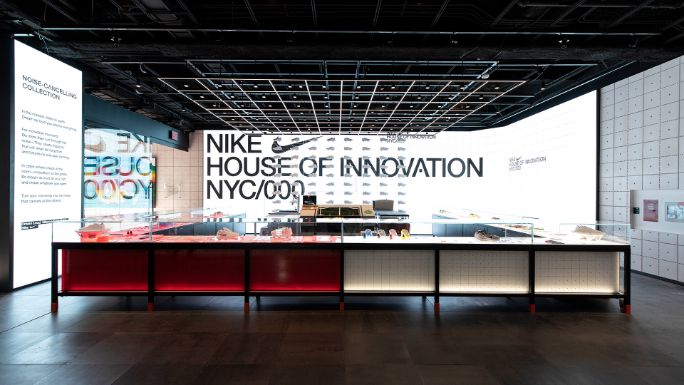 It connects the worlds of branding, art, marketing, and technology.Furthermore, the entire flagship store provides a completely unique shopping experience for customers.

People may create their own footwear, and there is a floor dedicated to customized garments, where customers can alter colors, emblems, and even switch out fabrics and mix two separate items of clothing for formulating a completely new personalized product for themselves.

But don’t you worry, we have just the right tool for you to get your social media marketing affairs in order. If you are looking to take your marketing campaigns to the next level, try SocialPilot.

With its comprehensive analytics, social media scheduling, and streamlined communication features, you wouldn’t have to go anywhere else for your social media marketing needs!

🌟 What is an integrated marketing campaign’s key approach?

An integrated marketing approach recognizes that clients aren’t limited to a single channel of marketing. At the same time, the campaigns must have outstanding characteristics in order to stand out from the crowd. Consumers will identify your brand irrespective of whether they see it online or in print.

🌟 What is the biggest advantage of an integrated marketing campaign?

The customer of today needs multi-level engagement from brands. Customers use an average of six touch-points, up from just two touch-points, before finalizing their purchase. It validates the need to have an integrated marketing approach where you interact with customers from multiple sources.

🌟 What is the difference between digital and network marketing?

🌟 What is “Promotion” within the context of integrated marketing?

Promotion is one of the five marketing elements of an integrated marketing strategy. Promotion within the marketing realm involves personal selling, advertising, sales promotion, direct marketing, and publicity as pertinent practices.

🌟 What is the first step of an integrated marketing campaign?

The situational/contextual analysis is the first stage of the planning process for an Integrated Campaign. A SWOT analysis, as well as an internal and external environmental study, may also be included.

Chandraveer is a content writer at SocialPilot. Writing well researched and quality content is his forte. He is an avid reader of cat memes and tries very hard to put them in company blogs. He also loves to write his bio in the third person. 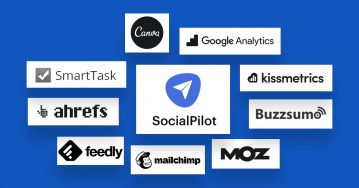 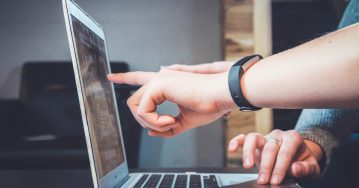 7 Website Principles You should Adopt to Gain More Leads 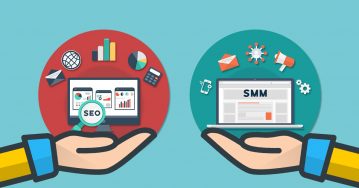 SEO vs SMM: What Makes Your Business More Searchable for Users?